Casting a Genome-Wide Net Over Malaria

Researchers use NGS to expose vulnerabilities in a malaria parasite's reproductive mechanisms. 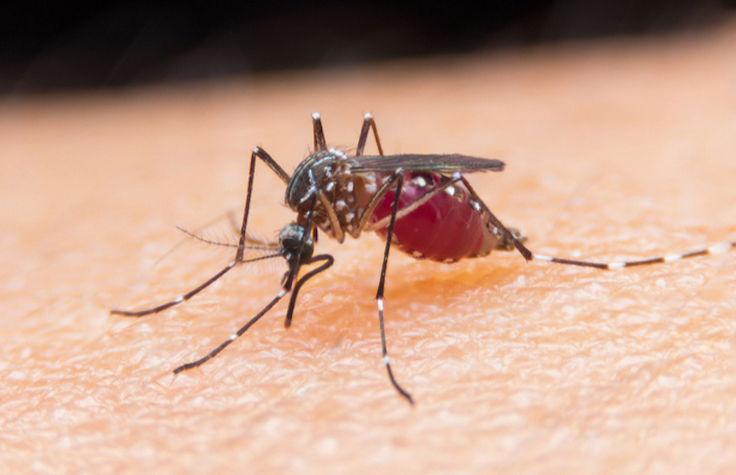 Casting a Genome-Wide Net Over Malaria

Human malaria parasites are among the most infectious organisms on earth. They are responsible for more than 200 million new cases and approximately 500,000 deaths from malaria each year, mainly afflicting children under five years old in Sub-Saharan African countries.1 Initial symptoms of infection include fever, body aches, and vomiting. As the disease progresses, the victim can suffer seizures, respiratory distress, and severe anemia. Death from malaria results from obstruction of blood flow and oxygen exchange to various organs, including the brain.

Over the past 15 years, malaria control, eradication, and disease treatment efforts funded by the World Health Organization, the Bill & Melinda Gates Foundation, and others have cut annual mortality from malaria to nearly half the previous rate.2 Much of the success is the result of effective malaria infection treatment with the drug artemisinin. Unfortunately, artemisinin-resistant strains of Plasmodium falciparum, the parasite responsible for most deadly cases of malaria, have begun to appear, raising the possibility that recent successes against malaria might soon be undone.

Karine Le Roch, PhD, a professor of cell biology at the University of California, Riverside (UC Riverside), has been studying the biology of P. falciparum for two decades. Her current research focuses on understanding gene regulation events and mechanisms of the organism to enable identification of new drug targets and the development of effective therapies. As an early adopter of next-generation sequencing (NGS), Dr. Le Roch applies a systems biology approach to her research, making prolific use of genome-wide studies and other sequencing-based avenues of investigation.

To find out more about how Illumina NGS systems are being used to advance malaria research at UC Riverside, iCommunity spoke with Dr. Le Roch and two of her research colleagues, Evelien Bunnik, PhD, a postdoctoral fellow in the Le Roch lab, and Glenn Hicks, PhD, a plant cell biologist and director of research facilities for the UC Riverside Institute for Integrative Genome Biology (IIGB).

Q: What is the life cycle of P. falciparum?

Karine Le Roch (KLR): The P. falciparum malaria parasite life cycle is quite complex, involving several successive stages between human hosts, where the asexual parasite proliferates, and mosquitos, which host sexual reproduction of the parasite and serve as disease vectors as they pass the parasite on to additional humans. P. falciparum is a unicellular eukaryote that changes its shape and structure to adapt to the different stages of its life cycle, but no one really understands how it regulates gene expression. When you compare the Plasmodium genome to other eukaryotes, such as yeasts or humans, there are only a third of the transcription factors you would expect.

Q: What is your approach to studying P. falciparum?

KLR: We use a genome-wide systems biology approach to investigate how the parasite regulates gene expression at the transcriptional or posttranscriptional level. We're looking at chromatin structure at the 2D and 3D levels, and everything within the nucleus and the cytosol to gain an understanding of gene regulation, cell differentiation, and parasite development in both hosts.

Q: How are you using genomics and NGS in your studies?

KLR: There are many types of experiments that we can design with NGS and our imagination is the only limit to what we can do with the technology to understand P. falciparum gene regulation. We use every genome-wide type of study that we can dream up, including ChIP-Seq, Hi-C, GRO-Seq, RNA-Seq, Poly-Seq, and Ribo-Seq.* By combining these genome-wide data sets, we hope to model gene regulation at the computational level and try to pinpoint parasite-specific pathways to discover novel drug targets.

"We used microarrays for some of our previous research, and had issues with noise and background. Those issues disappeared completely when we started using NGS."

Q: How does NGS compare with arrays in enabling your research?

KLR: With NGS, we can do whatever studies we want. We can create a new type of experiment and look at every base pair. We used microarrays for some of our previous research, and had issues with noise and background. Those issues disappeared completely when we started using NGS.

Evelien Bunnik (EB): For example, we use NGS to look at the 3D structure of the P. falciparum genome within the nucleus. For this application, we do a restriction enzyme digestion followed by a ligation reaction, and, finally, paired-end sequencing. We would not be able to get 3D genome structure information using a microarray. The same is true for methylation studies.

Glenn Hicks (GH): We couldn’t use microarrays to look at nascent transcripts either. We’re using NGS to perform Ribo-Seq to extend the studies on our campus to the translational level.

KLR: We’re relying on NGS for chromatin studies that enable us to examine the relationships between chromatin structure at the 3D level and gene regulation during parasite development.

Q: As the UC Riverside sequencing core, when did the IIGB begin providing NGS services to UCR researchers?

GH: Our IIGB collaborative resource organization actually predates NGS. IIGB started off as a sequencing core with a 3730XL capillary sequencer, which was a significant improvement over all the slab-gel systems. As capillary sequencing technology matured, we moved to Illumina Genome Analyzers, adding our first Genome Analyzer II in 2008. We soon added a HiSeq 2000 System, upgraded it to a HiSeq 2500 System, and then acquired MiSeq and NextSeq 500 Systems.

Q: From IIGB's perspective, what benefits have you gained from adding Illumina NGS systems to your offering?

GH: Illumina NGS enables us to harness sequencing technology in a way that meets a large proportion of the centralized resource needs of all the groups we serve. The IIGB supports groups performing biomedical research, pathogen studies, plant biology, ecology, and other research. We perform some human genome studies here, but unlike a medical school, we might also be studying Caenorhabditis elegans, fungi, Arabidopsis, or zebrafish. As a core sequencing site for the university, we need systems that are fast and flexible for addressing as many research needs as possible. The breadth of research methods used in Karine’s lab and others at our rapidly growing campus represent a diverse range of NGS requirements.

"The NextSeq 500 System is cost-effective, fast, and can sequence the AT-rich genome of the malaria parasite."

Q: Why did you add the NextSeq 500 System to the IIGB service offering?

GH: The 8-lane flow cells of HiSeq Systems are great for certain types of larger scale projects. However, we’re seeing a trend that research groups are performing more analytical experiments like RNA-Seq in addition to whole-genome sequencing projects. The NextSeq 500 System can effectively support this need.

We’re seeing more requests for sequencing 1-3 samples at a time. It can take significant time to accumulate enough samples to fill a HiSeq flow cell, especially for flow cell types that we run infrequently. The NextSeq 500 System was attractive because it allowed us to address the needs of investigators, like Karine, who were having to wait too long to get samples sequenced on a HiSeq System. By eliminating the requirement to fill a HiSeq flow cell, the NextSeq 500 System has enabled us to reduce the wait times for the sequencing of nonroutine samples from weeks or even months in some cases, to just a week or less. Small projects can be completed within days of sample receipt, which makes it possible to generate preliminary data ahead of grant deadlines. This increases the competitiveness of UCR researchers for grant funding.

"We have been using the NextSeq 500 System to study the relationships between chromatin structural changes and sexual differentiation."

Q: After IIGB added the NextSeq 500 System, did you and the La Roche lab have any concerns about adopting a new sequencing system in the middle of your P. falciparum studies?

KLR: We were a bit worried about the NextSeq 500 System because we thought it might not be optimal for genomes with high AT content. That would be an issue for us, because the P. falciparum genome is around 80% AT. We performed a pilot study on the NextSeq 500 System with bisulfite-converted libraries to generate data around the epigenetic patterns of Plasmodium as related to gene expression. It performed well.

We’re very happy with the NextSeq 500 System. It has increased our sequencing capability and there is no significant difference in data quality compared to the HiSeq 2500 System. The NextSeq 500 System is cost-effective, fast, and it can sequence the AT-rich genome of the malaria parasite. We now sequence everything on it.

"...the NextSeq 500 System has enabled us to reduce the wait times for the sequencing of nonroutine samples from weeks or even months in some cases, to just a week or less."

Q: Has the NextSeq 500 System impacted the IIGB service offering?

GH: We received the NextSeq 500 System in September 2015, and it was up and running within a week. After the NextSeq 500 System was online, it was just a matter of getting the word out to researchers that we had a new, faster sequencer. In the past 3 months, we've seen a dramatic increase in adoption, and the system is running all the time now. The faster turnaround enables researchers to review the data quickly, determine what experiments to perform next, and return with more samples to sequence. Many researchers are rapidly migrating their studies to the NextSeq 500 System. Its greater yield per sample and higher multiplex levels make it cost effective. Our system was supported by our University administration, which understands the benefits of strong central infrastructure and how that translates into research success at UC Riverside.

Karine's lab has been at the forefront of the transition to the NextSeq 500 System on this campus. They’re constantly trying new methods and new approaches. For that kind of experimental approach, you need to have a fast turnaround; they need the results quickly to decide how they're going to revise their experiment for the next run. I would say that the NextSeq 500 System has increased the ability of our scientists to generate research because everything is moving faster. In that sense, it has been everything we hoped for and more.

Q: How has the NextSeq 500 System enabled your current malaria studies?

Learn more about the Illumina systems mentioned in this article: